After a flurry of excitement a slight hiatus in proceedings, nothing terminal just a little tricky moment which has left me temporarily suspended in blog animation. Hopefully we have overcome the difficulties that make blogging quite so challenging and somehow seem to be tempting fate. I am not sure when I became so ridiculously superstitious.

However I have recently had a really exciting meeting with the photographer Richard Keith Wolff  who visited Hendrix here at 23 Brook Street in 1969. He took some of the few colour pictures we have of Hendrix here. These pictures are not quite as well know as some of the other flat images and so it will be great for us if we can use them within the exhibition and companion guide. It was wonderful for Christian Lloyd (who is writing the companion guide to the flat) and I to have the opportunity to talk to him about London generally in the late 1960s. In many ways it sounds like the city was so much more liberated, open and trusting than it is now. The wonderful and rather random story of how Richard met the person who was to eventually ask him to come to the flat with him to film Hendrix involved him more or less literally bumping into him in the street. Bumping into someone in 2015 is a completely different affair particularly as we all seem to follow the head down, stride purposefully, don’t look, don’t speak rules.

Thanks so much to Richard for being so generous and helpful. http://www.richardkeithwolff.co.uk/

Enthusiasm level: Nail-biting
Progress: Electricity to the new tea point (no water yet)
Quote: “Have we started yet?” (said in the “are we there yet” voice)

Handel & Hendrix in London Trustee and leading the team that is reinstating, in the adjoining building, Jimi Hendrix's London flat to open to the public. Quirky twist of chance meant that baroque legend Handel lived at 25 Brook Street in the 18th century and that rock legend Hendrix lived next door in the 1960s.
View all posts by Sarah Bardwell →

This entry was posted on 26 January 2015 by Sarah Bardwell in Photography and tagged Richard Keith Wolff, superstition. 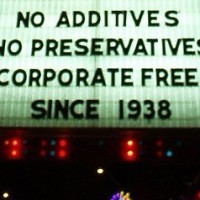 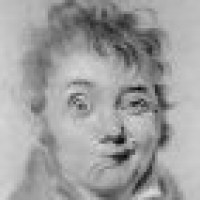 [ek-suh-bish-uhn-ol-uh-jist] -noun: Person who studies and reviews exhibitions, then blogs about them.

Notes on the Enlightenment as Historical Period and Continuing Project

Visual Arts from Canada & Around the World